Remote workers do not want to return to the office

A survey by Flexjobs shows that 65% of people working remotely during the pandemic want to continue doing so.

Having no commute and saving money were named as the biggest advantages of working from home.

Although WFH was significantly preferred, the survey also highlighted some disadvantages such as overworking and tech problems.

In a survey by job listings site Flexjobs, an astonishing 65 percent of pandemic remote workers said they wanted to keep working from home and 58 percent even said they would look for a new job if they would have to return to the office.

Respondents were pretty much in agreement about the biggest perks of working from home: Having no commute and saving money were named by 84 percent and 75 percent of remote workers, respectively. Reasons against remote work were more diverse and included overworking/the ability to unplug (35 percent of respondents), distractions at home and tech problems (28 percent each) as well as finding reliable WiFi (26 percent) and video meeting fatigue (24 percent).

The survey also found that only 24 percent of pandemic remote workers has a designated home office while 34 percent had created a designated workspace. The wish to relocate to a different area – a move that roughly a third said they would make, while another third entertained the idea – could lead to more working space for some. 47 percent wanted to relocate for cheaper living, only trumped by the search for a better quality of life (58 percent). 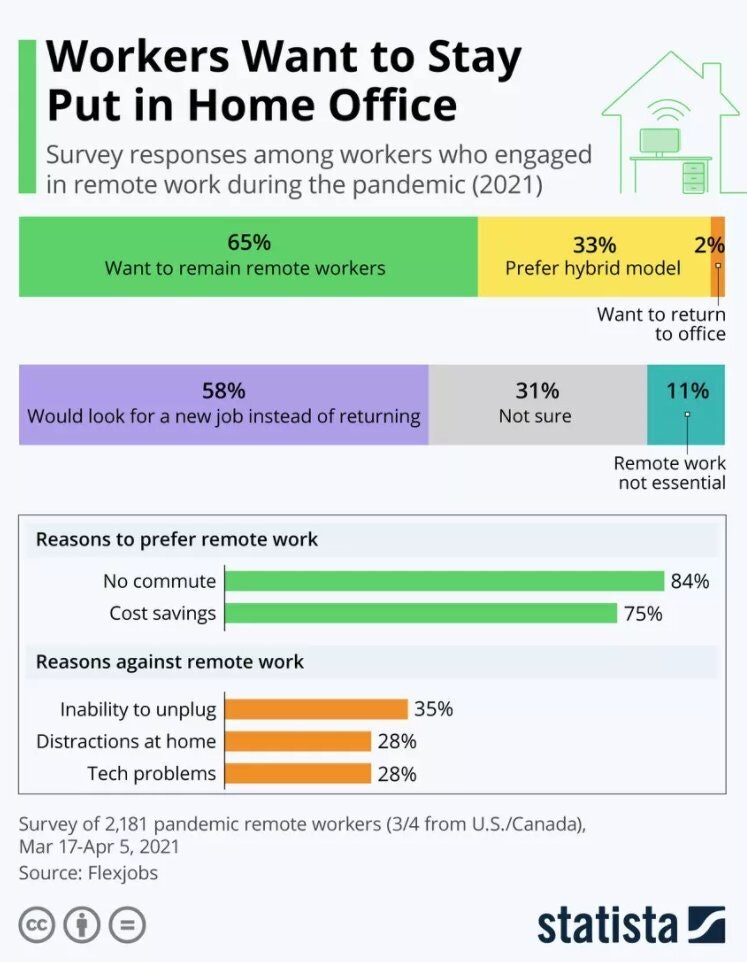