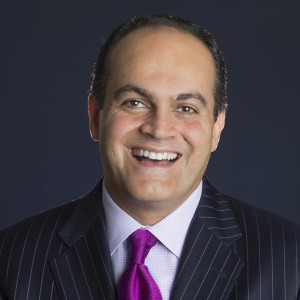 Charlie Paparelli often shares great nuggets in his blog/newsletter. If you don’t subscribe, here is just one:

There is no defined path to get you where you are going. There is no singular career path for success. But you can get there.

This is how the successful do it.

I interviewed very successful leaders in the profit and non-profit sectors. These are people who started and built organizations. And each of them arrived at their destination by a long and, in many cases, circuitous path. It seemed to be a path totally unique to each of them.

They come from different family backgrounds. Born in different countries. Attended different schools. Some played sports. Many didn’t. Some had what appeared to be emotionally healthy home lives. Others were raised in dysfunctional or conditional love environments. Some were told they would amount to nothing. Others could be whatever they chose to be.

So after all these interviews seeking to learn the secret of success, I felt like I came up empty. No set of attributes. No true north. No rules. No nothing.

Then I saw it. It was right in front of me. Every one of them had experienced these steps in life.

1.Become part of a team even if you have to build it.

2.Get out and be recognized

3.Say yes to opportunities to hang with more influential people

4.Seek and learn from the other people in the room with more experience.

5.Say yes when an opportunity comes your way from someone you admire.

Successful people joined a team early. It could be a swim team or a programming club or a debate team. At an early age, they chose to not go it alone but become a part of something where there were real interdependencies. People were counting on them to prepare and perform at their best, and they counted on others to do their job, too.

By doing this they learned how to build deeper relationships. How to communicate. How to trust. How to work together. How to win together.

It was all about people. People who experienced and contributed to the collective conscience and agreed on the mission. They learned how to help the weak and how to accept help when they were the weak. Finally, they learned to lead.

Bobby John, the founder of Band of Coders, told me, “I understand how programmers think. I know what motivates them. I know how to relate to them. I know their strengths and their needs. After all, I am one of them. I am a programmer.”

There was something about these successful people that was different than the others on their team. It wasn’t that they were always the best performer, but they had a look of confidence. People could ask them a question, and they would respond with a clear answer. They weren’t afraid to speak up and tell it how they saw it. They were not out to please the other person or tickle their ears with a fluffy answer. They would just answer. Confidently.

As a freshman on the Georgia Tech swim team, Blake Patton was asked by the president of Georgia Tech, “How do you like going to school at Georgia Tech?”

He was soon asked to join the president for lunch. This led to being asked to be on a planning committee with famous alumni such as the former mayor of Atlanta and sports notables. They were all leaders with many more years of experience than Blake ever dreamed to have.

They all seemed to have this opportunity. Somebody in power, several levels up from them with great influence, decided this person might be a leader. This is what great leaders do. They are always searching for leaders. They know leaders build teams and teams build, well, everything.

It happened to Blake. It also happened to Merrick Furst, distinguished professor at Georgia Tech and founder of Flashpoint and eight other companies.

Merrick was a professor at the University of California at Berkley. A friend who was recently appointed the Dean of the College of Computing at Georgia Tech gave him a call. He said, “Why not come and join me. Let’s see what we can build together.” Merrick left tenure, California, and his hard-earned respect developed at UCal Berkely, and moved to Atlanta. It worked out really well for him.

After saying yes and becoming a part of this new team, they simply observed. They watched the senior people and learned how they thought about problems. How they built visions. How they worked together to gain consensus. The way they went about goal setting and planning. The way they took criticism and how they handled disagreeable people. And they mostly learned how they all wanted to build something bigger and better to serve others.

Chip Patterson, co-founder, and CEO of Park America was great at this. I asked him, “How did you know how to lease a parking lot from the owner of a restaurant? After all, you were eighteen years old.”

He said, “I was parking cars for some pretty smart and successful lawyers. I would ask them. They told me exactly what I needed to do. They even felt compelled to help me.”

“I didn’t know and needed to know. What else was I supposed to do? So I asked people until I got the answer. I did this for the rest of my career.”

Say yes to those you admire

Opportunities for the people I interviewed seemed to come at just the right time. It might not have felt like the right time if they sat down and analyzed it. They had to trust that it was.

Bill Nussey was an associate at Greylock, a prestigious VC firm. He was doing well and in the next fund would surely be a partner. His life would be set. He was twenty-nine, and his path to success was right in front of him.

That is until he met Bert Ellis, the founder, and CEO of IXL. Bert was building a multi-billion dollar services firm. He envisioned having all the F500 as clients. IXL would put them all online using this new tech platform called the internet.

Bert said to Nussey, “Instead of investing in companies, come and join me and build a great company.”

He did it. At thirty years old, Bill Nussey became the president of a two billion dollar public company.

Every one of the successful people I interviewed experienced these steps. They started on small teams and learned. They were then recognized as having that secret and were called to the next bigger team. Each team had more experienced and better players. They learned from them and more opportunities came their way. Then they would say yes again.

The steps in this cycle never change. These people are a result of this cycle. And now, as successful leaders, they are responsible for the cycle. It is the cycle of success.